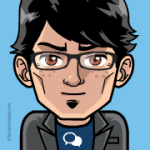 Houdini Pro will use so-called large memory pages if they are provided by the operating system. Depending on the hash table size the speed gain may be between 5% and 15%.

To enable this feature in Windows, you need to modify the Group Policy for your account:
1. Run: gpedit.msc (or search for "Group Policy").
2. Under "Computer Configuration", "Windows Settings", "Security Settings", "Local Policies" click on "User Rights Assignment".
3. In the right pane double-click the option "Lock Pages in Memory".
4. Click on "Add User or Group" and add your account or "Everyone".
5. You may have to logoff or reboot for the change to take effect.

You'll also need to run your chess GUI with administrative rights ("Run as Administrator") or disable UAC in Windows.

Very often large pages will only be available shortly after booting Windows. After a while the Windows memory becomes too fragmented for large page allocation, and Houdini will fall back to standard memory page usage.

You can test the availability of Large Pages with the lp command. Run Houdini in a command window (simply by double-clicking on the executable) and type lp followed by Enter. Houdini will produce a summary with the number of allocated large pages as a function of the large page size. This command can take several minutes on a system with lots of ram (16 GB or more), so be patient.

Currently only 6 Core AMD Phenom2 are used for the main match.

Elo are fixed to 2800 for Shredder 12. All other engines are derived from that fixed
number. The Elo numbers shown here do not correlate to human ratings

Enignes are tested in 64 bit and SSE4.2 if available. 32 bit Enignes are marked with 32b

2. In general, only the best programm of one kind/programmer is beeing tested. This means
if there is a successor for an engine the weaker version is no longer tested.If two
version are VERY close some additional games might be played.

3. Where possible the games are played with the current Shredder Classic GUI, Chessbase
engines have to run in their own GUI. WinBoard engines as an exception, as every
engine needs a distinct configuration.

4. Engines from the same author will only be added in reasonable time intervals as this
list should not be abused for betatests. If a new enigne is released right after the
previous version was included an exception might be considered.

5. The range of tested engines is the top 20 from top down. To verify if a new enigne is
in that range a short internal test will be made. 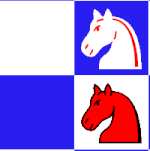